One of the conditions for availing GST ITC is the receipt of goods or services by him. In the case of “bill-to-ship to” situations, for the purposes of availing of ITC on goods by the registered person, a deeming provision is present for goods. By virtue of this deeming provision, the registered person would be deemed to have received the goods, even
when the same were delivered to any other person. Now this benefit has been allowed for services as well by including an explanation to Section 16(2) of CGST Act.

Extract of Amendment is produced below

In section 16 of the principal Act, in sub-section (2),––
(a) in clause (b), for the Explanation, the following Explanation shall be
substituted, namely:—
“Explanation.—For the purposes of this clause, it shall be deemed that
the registered person has received the goods or, as the case may be, services––
(i) where the goods are delivered by the supplier to a recipient or
any other person on the direction of such registered person, whether
acting as an agent or otherwise, before or during movement of goods,
either by way of transfer of documents of title to goods or otherwise;
(ii) where the services are provided by the supplier to any person
on the direction of and on account of such registered person.”;

Concept of Bill to ship to in service was the need of the hour as many service providers were not able to transfer the input , this amendment puts a end to such situations and allows senseless flow of Input Credit, to know more about GST Registration contact us 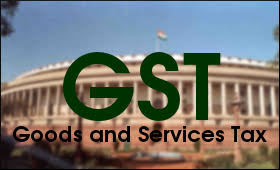 GST Annual Return, GSTR-9 How to comply a Complete Guide!

Companies Fresh start scheme 2020 How to save Penalties

Impact of Budget 2020 on Startups