Impact of Budget 2020 on startups

In a significant relaxation to start-ups, the finance minister Sitharaman has increased the start-up threshold limit from INR 25 Cr to INR 100 Cr to claim 100% tax deduction on profit made for three continuing assessment years out of seven years.

The finance minister Sitharaman stated, “Moreover, considering the fact that in the initial years, a start-up may not have adequate profit to avail this deduction, I propose to extend the period of eligibility for the claim of deduction from the existing seven years to ten years,”.

The finance minister declared proposal to reveal a new policy to facilitate the private sector to establish Data Centre parks everywhere the country. It will assist the firms in incorporating data in every step of their value chains skillfully.

According to the finance minister, these data centres will enable Indian firms to incorporate data in every step of their value chains skillfully. Stating that ‘data is the new oil’ is now known as a cliché, Sitharaman advanced the reality that fintech, data analytics and Internet of Things (IoT) are “changing the way we deal with our lives.”

Sitharaman asserted “To take advantage of this, I propose to bring out soon a policy to enable the

private sector to build data centre parks throughout the country. It will enable our firms to skillfully incorporate data in every step of their value chains.”

“Entrepreneurship has been the strength of India” begins FM in her union budget 2020 speech. FM Sitharaman introduced measures that are intended to ease of doing business for start-ups. In conjunction with the introduction of a new policy for clearance to start-ups, there is also a scheme of providing seed fund for initial phase start-ups to aid them to grow.

Glorifying Indians who decided to leave developed countries and stay in India to generate business possibilities, Sitharaman thinks it will add to economic growth. These people are job wealth creators and creators, and the government supports them in their endeavours.

Investment clearance cell will facilitate the more relaxed and faster clearances for entrepreneurs on both states as well as central levels via the online portal.

But, the budget 2020 didn’t declare the INR 20 Cr corpus as was pledged BJP’s party manifesto and there is no distinct budget allotment for the Seed Fund.

Rs. Three thousand crores have allocated for ‘skill development’ which FM said in connection of youths being the energy behind start-ups.

Sitharaman said “We recognise knowledge skills and risk-taking capabilities of youth. They are not job seekers, but job creators,”

Tax payments on ESOPs in startups deferred by five years

FM Sitharaman in Budget 2020 speech, addressed the fact that start-ups commonly use ESOPs to retain and attract talented employees, and this is an essential part of the compensation for these employees. Presently, ESOPs are assessable as a benefit at the time of exercise. It leads to cash flow difficulties for employees who are not selling the shares instantly and continue to keep the same for a long time.

The FM has now deferred the tax return on the exercise of ESOPs for a period of five years, or till an employee left the company, or when an employee sells the shares, whichever happens, earlier. But, in some cases, employees will pay tax twice. When an employee retains the shares for a long term anticipating a buyback transaction, in that case, the number of shares redeemed would have to be taxed at 20%, according to the Finance Act 2018 as a long term capital gain.

FM announced various measures would be taken for enhancing compliance, including taxpayers verification by Aadhar.

The FM said that Aadhaar-based verification would help in clearing out dummies or non-existent enterprises. FM also regarded that the practice of cash reward will be considered to encourage customers to ask for an invoice.

The FM asserted in her speech “Deep data analytics and AI tools are being used for the crackdown on GST input tax credit, refund, and other frauds and identifying all those who are trying to game the system. Invoice and input tax credit matching is being done wherein returns having mismatch more than 10% or above a threshold are identified and pursued,”

Investment in Quantum Computing Impact of Budget 2020 on startups

The FM Sitharaman also emphasised the increasing adoption of new-age technologies and described projects to advance in quantum computing technologies in her Union Budget Speech 2020.

The FM stated that quantum technology is initiating new vistas in computing, cybersecurity, communications with far-reaching utilisation. She said, “It is expected that lots of commercial applications would emerge from theoretical constructs which are developing in this area,”.

Consequently, the FM has proposed to grant an expenditure of INR 8000 Cr ($1.1 Bn) over five years for the National Mission on Quantum Technologies and Applications. Sitharaman remarked, “India will be the third-biggest and pioneering nation if we can break into quantum and other computing technologies,”.

The FM Sitharaman declared the government would shortly set up a digital platform to ease and facilitate the registration of intellectual property rights (IPR) created by startups and entrepreneurs, that will encourage them to validate business ideas and prototype at the proof of concept stage. The FM also suggested a centralised investment clearance cell for filing IPR.

As a whole, the budget was a sensible and comprehensive, with an emphasis on incentivising and promoting entrepreneurship in India through a perspective of policies and initiatives that can benefit rebooting the economy and support young businesspeople to prosper.

Nevertheless, the effectiveness of the government’s plans will be tested, regarding that plans proclaimed in earlier budgets did not always translate into significant improvements for the startup environment.

For Impact of Budget 2020 on startups ,Startup Advisory / Compliance, and for Company registration please contact your expert’s Virtual Auditor How to Comply with The Banning of Unregulated Deposit Schemes Ordinance 2019 ! 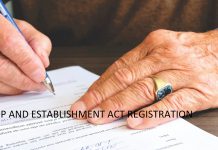 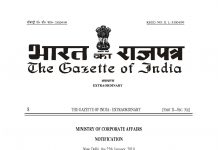