According to section 455 of Companies Act, 2013 Dormant Company is an inactive company which has not been carrying any business or has not made any significant accounting transaction in the last two financial year s.

The Roc ( Registrar) on consideration of the application allow the status of a dormant company to the applicant and issue a certificate in Form MSC-1&2 to that effect.

A company, once identified as dormant, will need to maintain only a minimum number of Directors and pay some annual fees as prescribed in the Companies (Registration Offices and Fees) Rules, 2014.

If the Dormant Company fails to comply with the requirements of Section 455 of the Companies Act, 2013 the Registrar shall have the power to strike off its name.

A company shall be eligible to apply for the status of the dormant company only, if-

(i) No inspection, inquiry or investigation has been ordered or taken up or carried out against the company.

(ii) No prosecution has been initiated and pending against the company under any law.

(iii) The company is neither having any public deposits which are outstanding nor is the company in default in payment thereof or interest thereon.

(iv) The company is not having any outstanding loan, whether secured or unsecured. if there is any outstanding unsecured loan, the company may apply after obtathe ining the concurrence of the lender and enclosing the same with Form MSC-1.

(v) There is no dispute in the management or ownership of the company and a certificate in this regard is enclosed with Form MSC-1.

(vi) The company does not have any outstanding statutory taxes, dues, duties etc. payable to the Central Government or any State Government or local authorities etc.

(vii) The company has not defaulted in the payment of workmen’s dues. (viii) The securities of the company are not listed on any stock exchange within or outside India.

1. A company may make an application in Form MSC-1 along with such fee as provided in the Companies (Registration Offices and Fees) Rules, 2014 to the Registrar for obtaining the status of a Dormant Company in accordance with the provisions of section 455 after passing a special resolution to this effect in the general meeting of the company or after issuing a notice to all the shareholders of the company for this purpose and obtaining consent of at least 3/4th shareholders (in value).

2. The Registrar shall, after considering the application filed in Form MSC-1, issue a certificate in Form MSC-2 allowing the status of a Dormant Company to the applicant.

4. A dormant company shall file a “Return of Dormant Company” annually,indicating financial position duly audited by a chartered accountant in practice in Form MSC- 3 along with such annual fee as provided in the Companies (Registration Offices and Fees) Rules, 2014 within a period of 30 days from the end of each financial year

5. The company shall continue to file the return or returns of allotment and change in directors in the manner and within the time specified in the Act, whenever the company allots any security to any person or there is any change in the directors of the company.

7. The Registrar shall initiate the process of striking off the name of the company if the company remains as a dormant company for a period of consecutive five years.

8. The Registrar shall, after considering the application filed issue a certificate in Form MSC-5 allowing the status of an active company to the applicant.

FOR ANY ASSISTANCE ON CONTACT VIRTUAL AUDITOR SUPPORT TEAM, WE WILL HELP YOU WITH GETTING THE STATUS OF COMPANY CHANGED TO DORMANT CONTACT US @ [email protected] 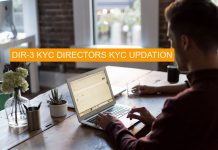 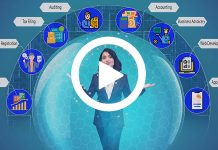 Registered Valuer for Valuation of Shares