How to comply with Single Master Form (SMF) for reporting of FDI ( Foreign Direct Investment) issued by All new filings for FC-GPR , FC-TRS , LLP-I , LLP-II and CN will be in SMF W.E.F September 01, 2018. FC-GPR AND FC-TRS SHALL NOT BE FILED ON EBIZ.

Received (FDI) Foreign Direct Investments? If the answer is yes, then you need to comply with RBI new directive on Single Master Form (SMF) for reporting of FDI ( Foreign Direct Investment) all entities have to entity master form with 12th July 2018 and RBI has extended the Due of updating the entity master form from 12th July 2018 to 20th July 2018, RBI NOTIFICATION-ALL NEW FILINGS FOR FC-GPR , FC-TRS , LLP-I , LLP-II AND CN WILL BE IN SMF ONLY W.E.F September 01, 2018. FC-GPR AND FC-TRS SHALL NOT BE FILED ON EBIZ

RBI will provide an online interface to existing Company and LLP which has received investment for filing information on total foreign investment for a period of 15 days from 28 June 2018 to 12 July 2018 now extended up to 20th July 2018  prescribed Entity Master Form.

Which entities have to register under the Entity Master Form issued by RBI?

As per the RBI notification following Indian entities, which have received foreign direct investment (FDI), must get themselves registered with Entity Master Form:

In case of a company, all type of companies, whether public or private, listed or unlisted, Section 8 or For-profit, government or non-government, all are required to file the Entity master form if it has received foreign investment under Foreign Direct Investment (FDI) Rules specified by RBI

Will the EBIZ Portal Currently used for filing be closed?

Due to the launching of SMF portal on 1 Septemeber, 2018 , e-biz portal would no longer be available for filing.  All the Banks are advised to all filings pending for disposal in the e-biz portal at the earliest on or before  20 September 2018.  All Banks should send a weekly report to this effect has to be forwarded to Regional Office , RBI , FED giving details fo cases pending and cases cleared, for monitoring.

What are the consequences if Entity master form was not updated in the earlier window?

Where the entities have not been able to register for the Entity master, they may do so from September 01, 2018. However, they may provide the reasons for not registering within the time period along with the authority letter.

What will happen to pending cases filed in EBiz Portal?

Further, it is also observed that many cases are pending at the company/entity level for resubmission with clarification or additional documents. You are, therefore , advised to immediately inform all your clients who have received foreign investment to ensure that cases, where resubmission was to be done, should be done within one week with complete documents failing which it would not be possible for us to treat the FCGPR as filed.

What is the Significance of Entity Master Form Issued by RBI?

Entity Master is the first step in the compliance of  foreign investment reporting, it is a  one-stop portal  which has been introduced with the objective of obtaining data on foreign investment in an Indian entity at a single point instead of multiple forms such as AFR ( Advance reporting Forms), FC-GPR (Reporting of Issue of Shares)

This form mandates Indirect investment made through downstream investment route also to be made after the introduction of interface FIRMS (Foreign Investment Reporting and Management System), all invest both direct investment and indirect foreign investment are to be reported to RBI

A company or LLP is said to have foreign investment if:

SMF would subsume the following forms for reporting of foreign direct investment:

What are the prerequisites for complete the process of registration in Entity Master?

To register on Entity Master, the reporting Indian entity must authorize a single person to act as ‘Entity User’, by issuing an authority letter in his favor. The format of authority letter form RBI The Entity User will be solely responsible for the information reported and shall be the point of contact for RBI, with regards to foreign investment in the entity.

What are Capital Instruments under FEMA (Foreign exchange Management?

Capital Instruments  shall include the following:

What is the definition of  ‘Foreign Direct Investment’ under FEMA Act?

Regulation 2(xvii) of FEMA (Transfer or Issue of Security by a Person Resident Outside India) Regulations, 2017 defines it as follows:

Fully diluted basis means the total number of shares that would be outstanding if all possible sources of conversion are exercised. It includes:

What are the consequences of Non-Compliance Single Master Form (SMF)?

Companies/LLP which is not complying with this filing of Entity Master Form will not be able to receive foreign investment (including indirect foreign investment) and will be considered as non-compliant with FEMA and regulations made thereunder.

In case of any help or assistance in filing FDI (Foreign Direct Investment) Reporting In Single Master Form (SMF) , contact Virtual auditor support team on 9962 260 333/044- 48560333 /mail us [email protected], our team will guide through the entire process and help you comply 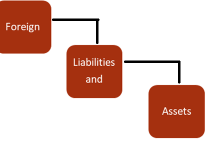